Today‘s post has to be in English as it‘s a shout-out to a special bunch of people who will invade the café on 1st September.

From day one of our planning, this date was meant to mark our official opening. Until this group spoiled it all to the better. They decided to fly in from the UK for a meet-up on 31st August and visit our place on 1st September. But why? And who are they?

The E-Street Band should be well-known as the band that has been playing for and with Bruce Springsteen for more than 40 years (minus the short period of time he blew it up but that‘s a different story). Us, the E-Street-Fans, have been massive Springsteen fans for the greater part of our lives, and we all came together through a special event during Bruce‘s world tour back in 2012/2013.

We all „met“ on facebook first until we got to know each other in real life due to regular meet-ups organized around either the Boss‘ tours or a tribute band playing somewhere in the UK.

And I‘m honestly proud to announce that a dirty dozen of them will fly into Germany for such a tribute band event as well as a party in our café. 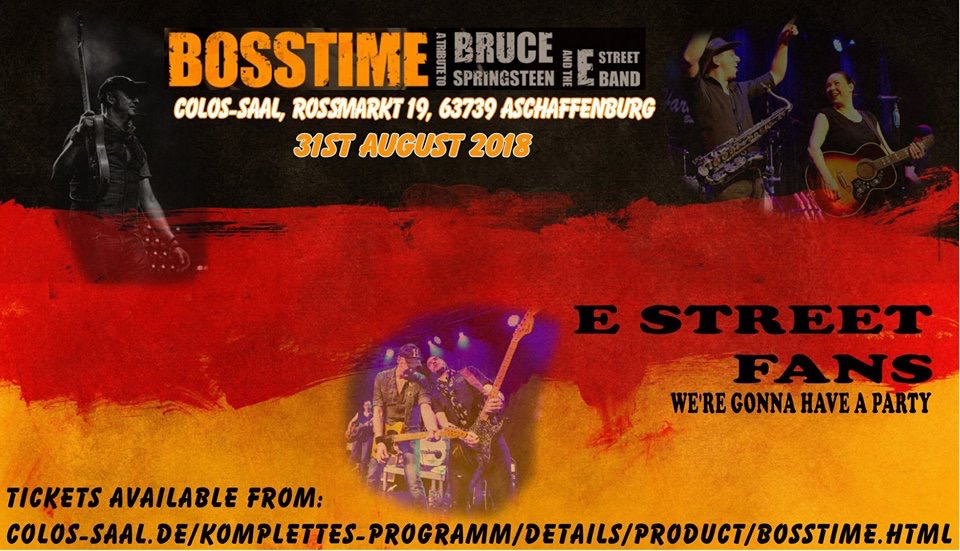 Rock the house, guys, it‘s waiting for you!